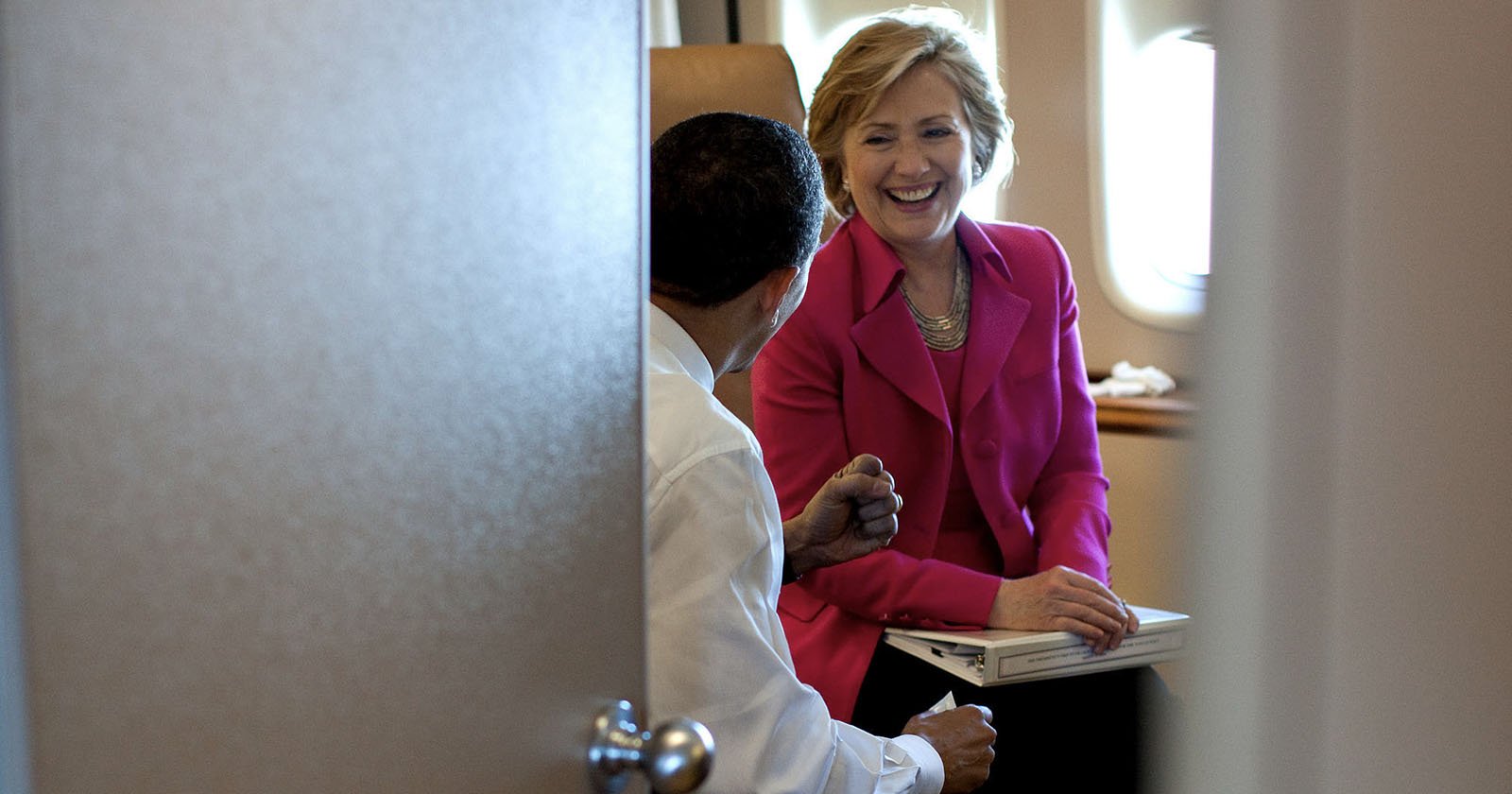 Former White House Chief Photographer Pete Souza says he is facing legal action for using his own photo he took of Barack Obama and Hilary Clinton.

Souza’s 2009 photo of the then-president aboard Air Force One with Clinton, who was US secretary of state, has been claimed by entertainment photo agency WENN.

Souza, 67, assigned to his Instagram account yesterday to reveal that a copyright enforcement firm had notified him of the claim. “You can’t make this up,” he wrote.

“We flew from London to Paris on President Obama’s first overseas trip as president,” Souza says.

“Secretary of State Hillary Clinton had joined us on the plane, and she and her staff showed up in what’s called the staff cabin.”

Souza says he took the candid photo in a hallway and then posted the file to Flickr “as part of a gallery about the president’s first 100 days.”

“In doing so, he immediately brought the photograph into the public domain. (There is no copyright involved in official White House photos) ⁣,” he adds.

After Souza left the White House in 2017, he included the photo on his website in a photo gallery of the former president.

“I responded to Copytrack, and their response was that I am ‘legally obligated to compensate our client for damages caused by this copyright infringement,'” Souza wrote.

“So to recap: I made this photograph. It’s in the public domain. WENN authorizes the publication of this image. Copytrack is threatening to take legal action against me for posting this photo on my website because their partner WENN claims to own the copyright to the image.⁣”

PetaPixel spoke to WENN CEO Lloyd Beiny, who said the takedown notice was a mistake.

“Most photo agencies, including WENN, receive PR photos from many organizations that appreciate having their images distributed to the media on their behalf. That seems to be what happened in this case,” says Beiny.

“Copytrack is employed by WENN to research and solicit compensation for photographers whose work has been published without obvious permission having been granted. On this occasion, it appears that the photo in question ended up in a group images chased by Copytrack by mistake.

“I have informed Copytrack to immediately drop the case and confirm this to Mr. Souza.”

Souza was the official photographer during Obama’s two terms and under Ronald Reagan from 1983 to 1989.

He had virtually unlimited access to the 44th President at the White House, at official events, and on foreign tours. He created an archive of 1.9 million photographs of Obama.

Souza isn’t the only photographer to receive a threatening letter for using one of his own public domain photos.

Highsmith only discovered this after receiving a letter demanding payment for the use of one of his own images. His case was dismissed by the court.