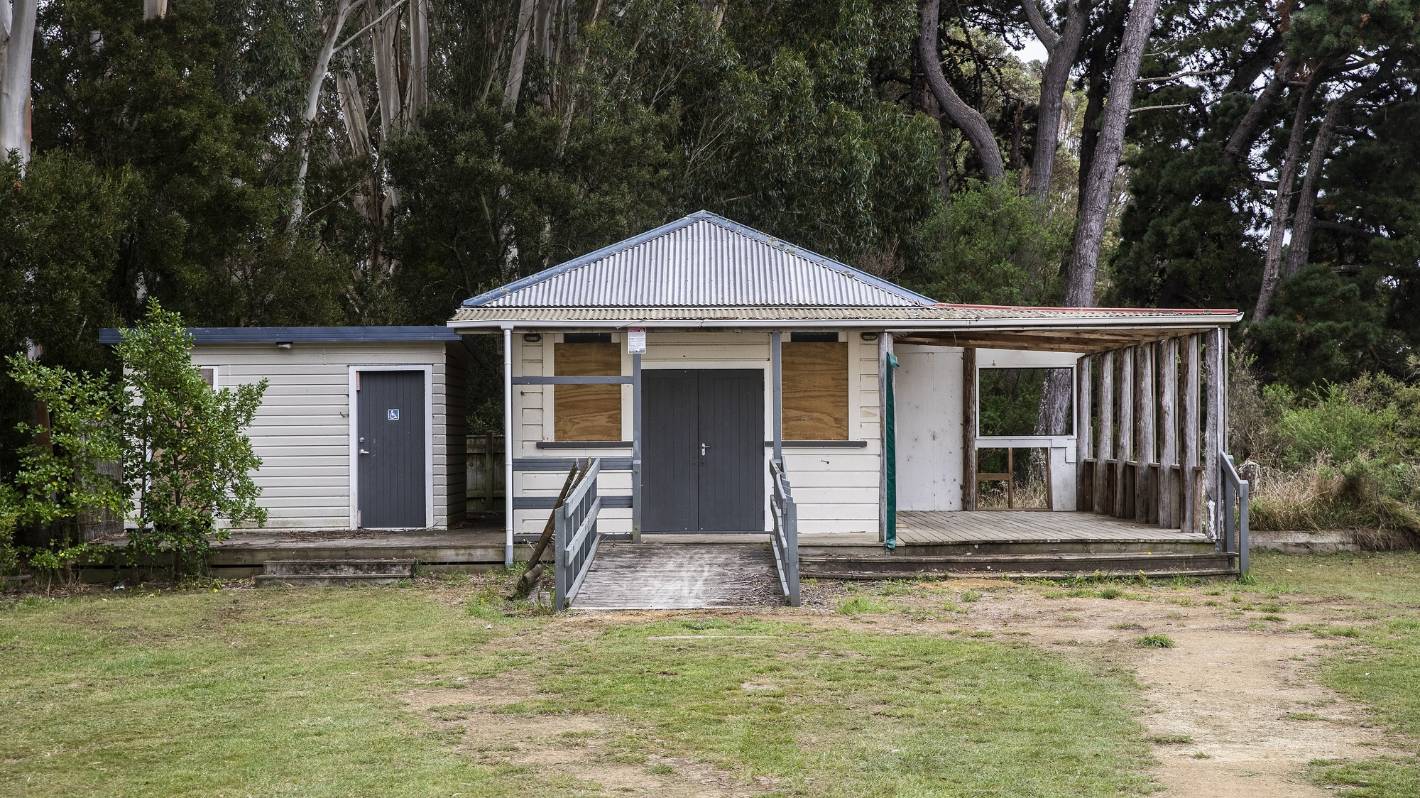 Ashhurst Domain cafe has been abandoned since 2017.

The former jockey club changing rooms at the Ashhurst estate in Palmerston North have housed several doomed cafe operations and have been empty for nearly five years.

But despite receiving an offer to remove the deteriorated building, councilors have recommended keeping it for a bit longer.

Property group manager Bryce Hosking said the council could have made up to $10,000 from the sale and were facing maintenance bills to fix vandalism in the vacant building.

He said the building was watertight and in “moderate” condition, and although it was old, it was not recognized as a heritage building.

However, selling would mean giving up future opportunities to lease the building if a new cafe proposal arises and is supported.

The building dates back about a century, and is the last work recalling the former life of the domain as a racecourse.

A cafe was set up on the site in what was a former sexton’s house by the late Stuart Whitten, husband of the late councilor Helen Whitten, in 2005.

The following operators struck disaster when the cafe was destroyed by fire in 2011.

The remaining jockey’s changing room was later taken over by former keeper Ken Pratt and his wife Helen, who ran it for a few years as a kiosk called Sam’s Place, in honor of their deceased son.

It then became the Wetlands Cafe, which closed at the end of 2016.

After the council took over responsibility for the building, catering company Glasshouse Events sought permission from the council to use it as a base for a new wedding and events venue.

In 2019, the council rejected the proposal.

Parks and logistics group leader Kathy Dever-Tod told the board’s finance and audit committee meeting on Wednesday that the alternative to disposing of the building would be to wait and see the outcome a review of the reserve’s management plan.

She said consultation on the wedding venue proposal showed the community was interested in seeing some sort of hospitality business providing refreshments to the estate.

But there was no certainty as to which part of the estate might be best supplied.

Until final decisions were made on how a bike path through the reserve would connect to the new Te Ahu a Turanga/Manawatū Gorge replacement highway, the council was not prepared to consult with people on the future management plan for the estate.

Cr Vaughan Dennison proposed that the council keep the building.

He said there was little financial gain for the council in the possible sale, and there was no rush to make a decision on its future.

Mayor Grant Smith said there was more value to be gained by keeping future options open.

Ashhurst Deputy Mayor Aleisha Rutherford said there was no need for council to make an ad hoc decision until the management review was completed.