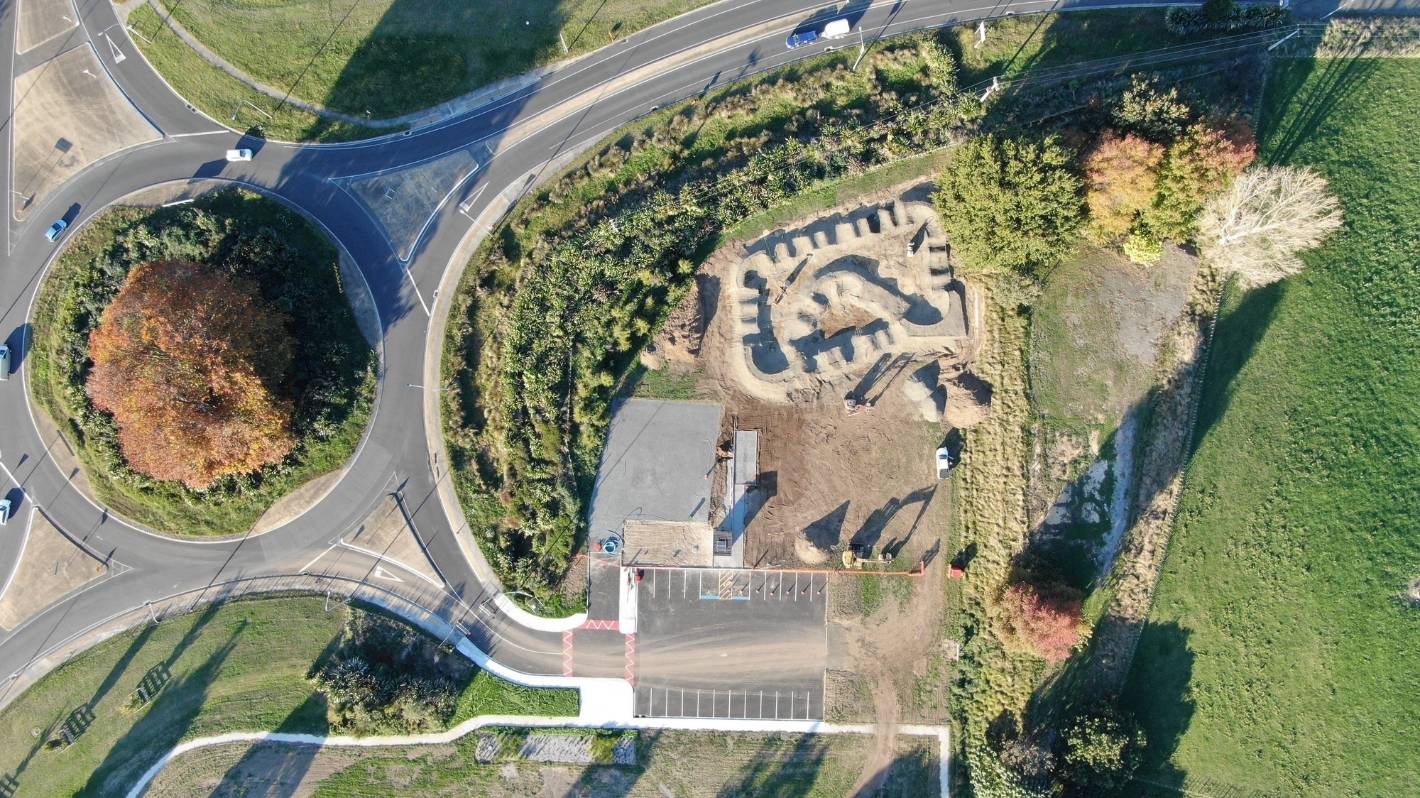 An overview of the progress of the construction of the domain of Tīrau.

Work to complete the long-awaited upgrade of the Tīrau Estate and Gateway is nearing completion, with the second stage of the project well underway.

The $1,425,350 project is a collaboration between the South Waikato District Council’s Tīrau Community Board and the Tīrau Domain Action Group.

Stage one work began last year and is now complete after main contractor Downer completed final tidying up of stage one elements including ground shaping, pathways, a new bridge and a car park.

Much of the area is open to the public again, but some parts remain closed while work on the second stage is complete.

The new walkway and new bridge now directly connect the city to the Tīrau Domain.

As part of the second stage of work, new public toilets have been moved to the site and new playground equipment, picnic tables and an all-weather shelter will soon be available.

A new bike pump track being built by trail-building company Empire of Dirt is also just weeks away from completion.

When completed, the new Tīrau Estate will include a walkway to the city, a playground, a pump track for bicycles, toilets, a new parking lot, a dog exercise park, multi-purpose fields, new bridges and a 1.8 km botanical walk.

A council spokesman said the toilets were complete after being built offsite but were not yet ready for use.

A team is also working with the Domain Action Group on playground equipment it can purchase with the remaining budget as well as new signage.

The domain is accessible during the second stage with smaller sections cordoned off for security reasons.

An inauguration is scheduled for the end of May or the beginning of June, depending on the completion date of the project.