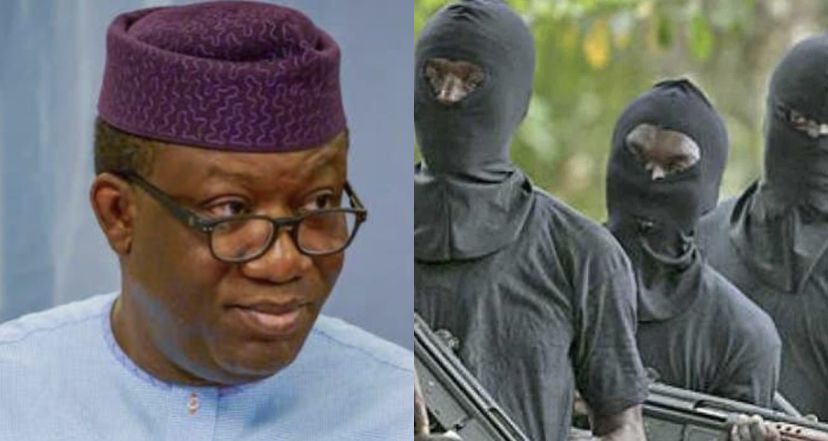 The Ekiti community deplores the incessant kidnappings in their domain

On Saturday, residents of Ijesa Isu-Ekiti in Ikole Local Government Area of ​​Ekiti called on Governor Kayode Fayemi to step up security in the community.

Residents who spoke to reporters called on security agencies and the state government to arrest the kidnappers tormenting the community.

One of the residents, Ronke Adebayo, asked Mr Fayemi to plug security loopholes that allowed the kidnappers to spend field days in the area.

“It’s a real shame that our once very peaceful community has become a haven for kidnappers.

“Our sons and daughters outside of Ekiti can no longer come to visit us; instead, they prefer to talk to us on the phone,” Ms. Adebayo lamented.

Sola Oni, another resident, said it was time for the state government to take action and stamp out kidnappings in Ekiti.

Mr. Oni condemned the security agencies for not taking proactive measures to arrest the perpetrators of this evil act.

“The current security challenges we face in Ijesa Isu-Ekiti are not good, especially when we have active security agencies.

“I advise the governor to prioritize the safety of the natives because kidnappings have become a business in the state,” he said.

Felicia Akanbi, also a resident, condemned the evil acts of unknown gunmen who kidnapped people in the community.

Ms Akanbi noted that the city has been known for peace and love with no evidence of illegal activities for decades.

She called on the state government to flush out kidnappers from the community and bring them to justice.

Furthermore, Bode Oguntuase said he moved his family from Ijesa Isu-Ekiti to a safer town where he could visit them in peace.

Mr. Oguntuase noted that he was only in Ijesa Isu-Ekiti to move his remaining property to a new house he had rented in another town.

Between March 21 and 30, 21 people were abducted along the Ijesa Isu-Ekiti road to Ikole-Ekiti, after which huge ransoms were paid for their release.

Young people in the community then staged a public protest against the kidnappings.