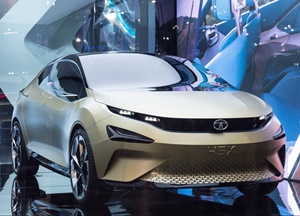 Local Indian auto majors Tata Motors and Mahindra and Mahindra have teamed up to form an alliance for the development and production of electric vehicles (EVs) to face looming competition from global OEMs.

The two domestic rivals – who both have ambitious electric vehicle (EV) plans – will team up on a joint EV project, the details of which are being finalized, according to reports citing sources familiar with the development.

The joint project is codenamed REVO – and alludes to ramping up or accelerating their mutual EV plans. REVO is also home to the abbreviation EV, and although Tata Motors has used this name as a prefix for its ICE powertrains, Mahindra also launched its EV program with the acquisition of Reva Electric.

If the plans succeed, it will be the second local alliance after the alliance of Japanese car majors – Toyota and Suzuki – in the Indian market.

The proposed alliance is expected to focus on developing a compact SUV-sized vehicle – something currently missing from the two players’ portfolios. While Tata showcased a Sierra EV concept at the 2020 Delhi Auto Expo, Mahindra has reportedly already started work on a compact vehicle on the W601 platform, which is expected to be the XUV400.

Tata Motors and Mahindra and Mahindra have their own born electric strategy and the alliance can borrow from each other’s platform to find common ground. Reports indicate that this could involve the use of Tata’s SIGMA skateboard platform. However, senior executives from both companies are only finalizing the details of the project.

Reports indicate that Vidyut Vahankar, who recently moved from the Bay Area of ​​California to join Mahindra Electric, could lead the company while Indravajr Bijuria, who Tata Motors brought in from the Tata Power group company, could lead the company. be the main spokesperson. M&M will handle the design while Tata Motors will provide engineering and proof of concept services.

Vehicle verification will likely be led by Tata’s EV line team. The product strategy should be shaped by the senior management of both companies. All key responsibilities have yet to be set in stone according to the banker, and we await further details on this.

Mahindra is rumored to have already started work on a compact vehicle on the W601 platform, which is expected to be the XUV400, while Tata Motors has unveiled its new Curvv EV concept. The Tata Curvv EV Concept introduces a new midsize coupe SUV. Tata will also bring an internal combustion engine (ICE) version in the future.

The teaser video hinted at several possibilities on the electric offering, which included the new Sierra EV, Punch EV or even the long-talked-about Nexon Coupe EV. However, the final concept is very different and broader than expectations.

While Tata has taken a head start with the Nexon EV and Tigor EV already on the market, having already sold more than 11,000 units, M&M, which started early with the eVerito project and the eKUV and eXUV300 models, does not failed to catch up.

M&M also runs a team in the FIA ​​Formula E World Championship and owns Automobili Pininfarina – whose first product, the Battista, is an electric hypercar.

Electric vehicles are heralded as the big opportunity for Indian automakers – as well as other global players. Anand Mahindra and Ratan Tata have also spoken out in favor of large investments for this purpose.