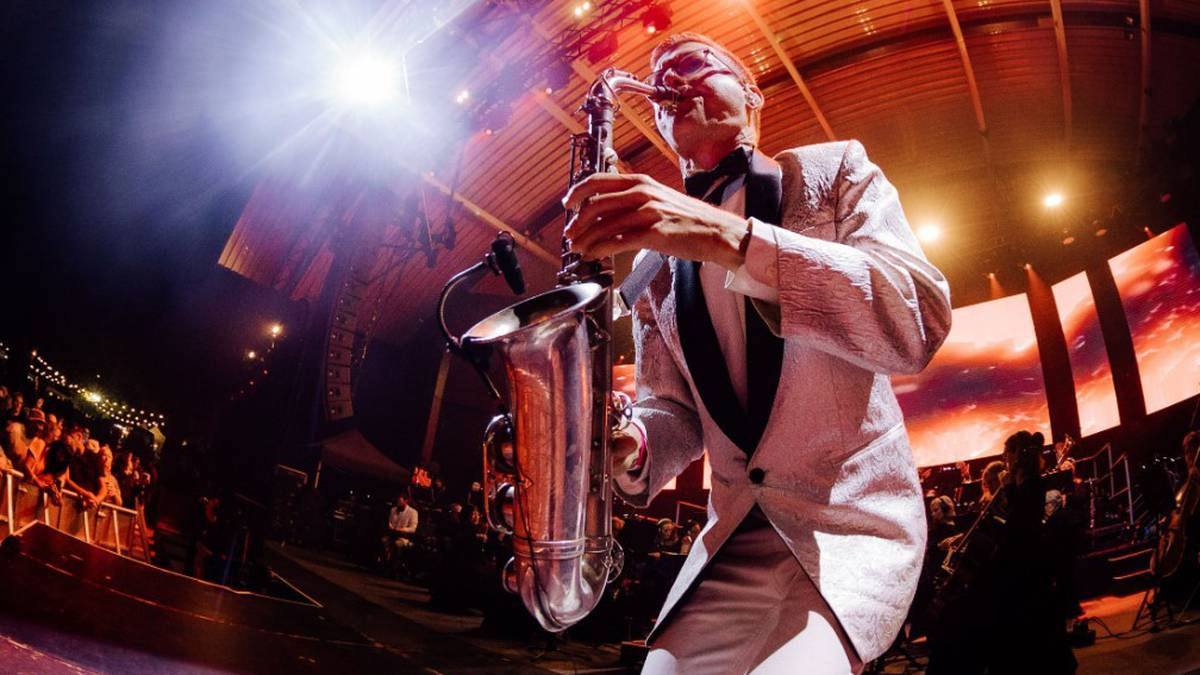 Synthony returns to Auckland for its biggest ever production. Photo / Provided

Auckland dance fans are in for a treat with the first-ever Synthony in the Domain festival taking place next year.

Kicking off a brand new roster of Synthony sets, the day-long event will feature the Auckland Philharmonic Orchestra, as well as guest appearances by some of New Zealand’s top singers, DJs and dance acts.

Taking place on Saturday April 1, 2023, the outdoor event will see Auckland’s Domain transformed into a boutique-style music festival as it celebrates 30 years of the world’s greatest dance anthems along with epic live acts on two stages. .

Fans can expect to hear their favorite dance and EDM artists with the first line-up announcement, including Savage, Ella Monnery, Jeremy Redmore, Sachi and Bella Kalolo, as well as many artists and special guests who will not have not yet been announced.

The all-ages event will feature both a first and second halves, with the first half kicking off at sundown with the aim of warming up fans with a series of fan-favorite classics and freshly picked tunes. .

While the second half of the festival will see the greatest electronic dance bangers of all time, reimagined and under the stars, giving fans a slew of highly anticipated new hits.

Both halves of the festival will include an all-ages area and an R-18 area.

Synthony has teamed up with Duco Touring and Auckland Unlimited to secure the iconic hotspot with Duco Touring Founder and MD David Higgins saying, “Duco Touring is thrilled to bring together such an eclectic and unique lineup of live performers from world class at what is arguably one of New Zealand’s most iconic venues.

“We feel extremely privileged to be able to use this scenic venue and to use Auckland’s beloved Synthony as a platform to celebrate and promote the best in local live entertainment.”

Having established itself as a high-end and unmissable festive event, the festival is the perfect way to say goodbye to summer with friends and family while enjoying a breathtaking show.

Founded in 2017 by DJ and producer Amoore and fellow Kiwi David Elmsly, Synthony sold out their first-ever show at Auckland City Hall and continued to grow their fanbase with sold-out events in Nova Scotia. Zealand and Australia.

DOWN:
Who: Auckland Philharmonia Orchestra, Ilan Kidron (The Potbelleez), Savage, Ella Monnery, Jeremy Redmore, Bella Kalolo, Sachi and many more.
What: Synony in the field
When: April 1, 2023
Where: Auckland Domain
Tickets: Presale from 7 a.m. on Tuesday, September 6. General sale Thursday, September 8 on synthony.com