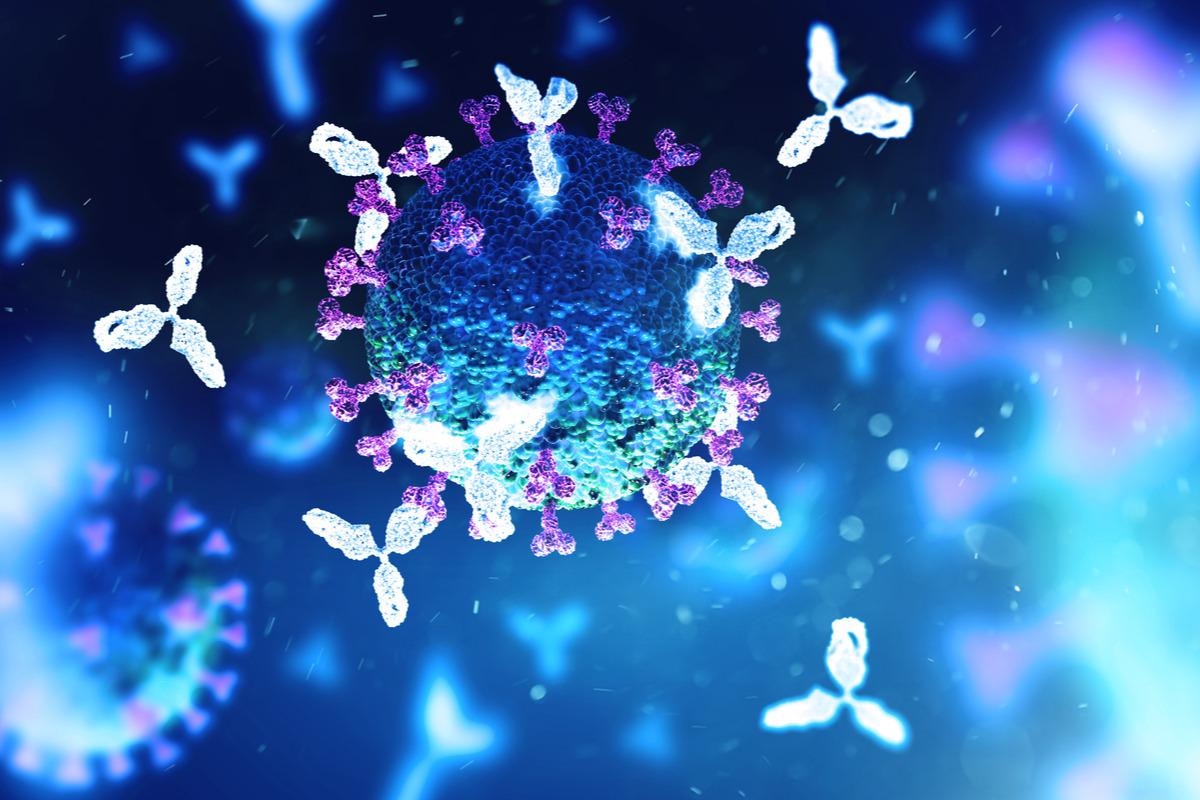 In a recent study published in Science*, researchers evaluated the ability of receptor binding domain (RBD) antibodies to bind and neutralize the Omicron variant (B.1.1.529) of severe acute respiratory syndrome coronavirus-2 (SARS-CoV-2 ).

To date, the coronavirus disease 2019 (COVID-19) pandemic has caused more than 480 million infections worldwide, with more than 6.12 million related deaths. The emergence of the recent Omicron variant has been alarming. Although broadly neutralizing antibodies are unlikely to be affected by Omicron mutations, it is critical to note that they neutralize in the µg/ml range; in contrast, therapeutic antibodies operate in the range of 1-50 ng/ml.

The study and the conclusions

AA changes were denser in the RBD and N-terminal domains (NTDs), targeted by most neutralizing antibodies (nAbs). Half of the AA changes apart from RBD and NTD formed new hydrophobic or electrostatic interactions. Nevertheless, the folding energy of the Omicron peak was similar to that of SARS-CoV-2 Wuhan-Hu-1 (WA-1). Several AA changes were base substitutions increasing RBD electropositivity. Overall, AA changes in the RBD affected sites involved in angiotensin-converting enzyme-2 (ACE2) binding and potent nAb recognition sites.

Binding of soluble human ACE2 to spike proteins of Alpha (B.1.1.7), Beta (B.1.351), Gamma (P.1), Delta (B.1.617.2), and Omicron variants was assessed compared to ancestral spike variants harboring the D614G substitution. ACE2 binding to the Alpha peak was 182% of the D614G peak. AA changes in other variants did not significantly increase ACE2 binding affinity. Additionally, binding affinity was assessed using surface plasmon resonance between ACE2 and spike proteins of WA-1, D614G and five variants of concern (Alpha, Beta, Gamma, Delta and Omicron variants) .

The WA-1 and D614G variants showed similar apparent affinities, since they have identical RBD sequences. As with other variants, differences in binding affinity were minimal, indicating that immune pressure rather than optimization of ACE2 binding could drive the evolution of variant spike proteins.

Virus particles with single AA substitutions of Omicron’s RBD were synthesized to assess the functional basis of antibody escape. For class I antibodies (CB6, B1-182.1, and S2E12), the K417N substitution abrogated CB6 neutralization, and the Y505H, S371L, or Q493R substitutions induced a multiple-fold reduction in neutralization. Antibodies B1-182.1 and S2E12 showed potent neutralizing activity against all viral particles.

Among class II antibodies LY-CoV555 and A19-46.1, substitutions Q493R or E484A completely decreased neutralization of LY-CoV555 while A19-46.1 was unaffected by AA changes. It was determined that the location of the epitope and the angle of approach allowed efficient neutralization of Omicron by A19-46.1.

Among the class III antibodies A19-61.1, S309, COV2-2130 and LY-COV1404, the activity of A19-61.1 was completely lost by the presence of the G446S substitution. For COV2-2130, single AA modifications in the RBD resulted in no significant difference in neutralizing activity, suggesting that multiple AA modifications acting in concert reduced the neutralizing potency against COV2-2130. Omicron variant.

The researchers observed that the AA substitutions did not lead to significant changes in binding affinity, indicating that no other fitness could be achieved by increasing affinity. Antibodies S309 and COV2-2196 showed similar neutralizing potency, while LY-CoV1404 retained potency against SARS-CoV-2 Omicron without any loss of activity. Additionally, many antibodies neutralized the BA.2 form of the Omicron variant, and the use of antibody cocktails enhanced the neutralization of Omicron. All cocktails tested, except B1-182.1/S309, exhibited synergistic neutralizing activity against the BA.2 subvariant, and overall the results support the idea of ​​using combinations of antibody.