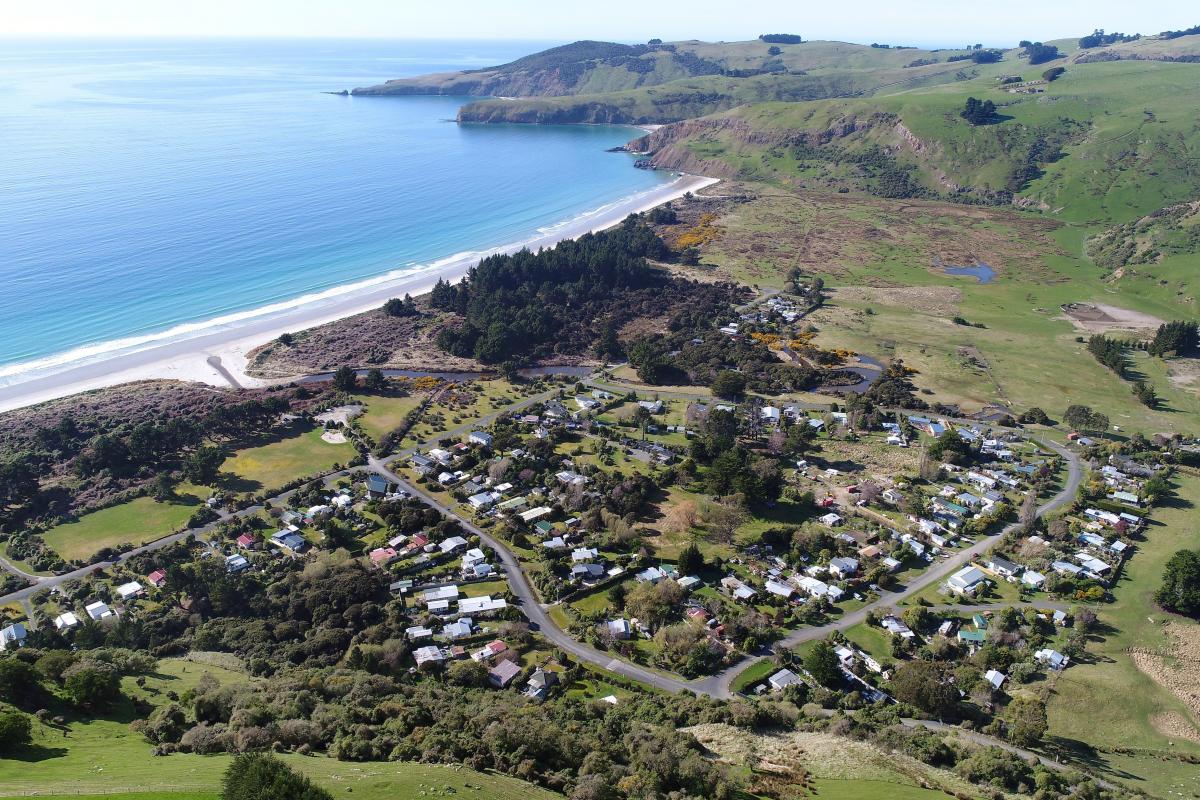 By: James M. Gilfillan
In: Domain provider
The use of boulders to block vehicle access to the Long Beach estate was a bone of contention at a recent West Harbor Community Council meeting.

The couple told members of the West Harbor Community Board that the Long Beach estate had been a popular destination for locals, visitors, businesses and auto clubs, who liked to park on the grass for picnics in car trunks.

Since signs were put up and a rock barrier was placed to prevent vehicle access in December 2019, use of the estate has dropped sharply, Mr Smith said.

Over New Years and the following weeks, Mr Smith and Mr Hannah had conducted an informal survey/petition to gauge reactions to their call for the removal of rocks and signage, and the return of vehicular access.

“What bothers us is that the estate has been open to vehicles for 95 years and there have been very few problems,” Mr Smith said.

Vehicles had been blocked from accessing the estate’s grass in 2019, after lobbying by a very small group of residents, the men said.

They also voiced their opposition to Dunedin City Council spending $20,000 to upgrade the parking lot at the Long Beach Estate, saying it was unnecessary.

In response to questions from the board, the men said public use of the estate had dropped 99% since the rocks were installed.

Board member Trevor Johnson expressed frustration with the situation and pointed out that there had been changes along the coast to prevent cars from accessing the beach.

Board chairwoman Francisca Griffin said it was about the Reserves and Beaches Bylaw, which was meant to discourage people from driving on city beaches.

Later in the meeting, during the Governance Support Officer’s report, the discussion of the Long Beach estate arose again.

The report said council staff met with a resident to discuss parking in Long Beach and received a petition requesting the removal of restrictions on vehicle access to the estate.

Dunedin City Council Parks and Recreation Planner Stephen Hogg joined the meeting to answer questions about the situation and to provide information on the Reserves and Beaches Regulations (2017).

There was “some feeling” from local residents to allow vehicle access, which would be difficult to provide without designating the entire estate as a vehicle access route, Mr Hogg said.

Mr Johnson was keen to express his frustration at the situation, describing the rock installation and parking lot plans as ‘ridiculous’, and the council’s response as ‘using a hammer to crack a nut’.

“As soon as the chains and panels go up there, they get ripped off – it’s a waste of money,” he said.

Board representative Steve Walker raised a point of order, saying the time spent with Mr. Hogg was supposed to be for questions.

Board member Duncan Eddy asked Mr Hogg if he knew rocks were preventing some people from accessing the grass anyway, driving over shrubbery.

Mr Hogg replied that some grass access points had not been obstructed and that groups such as car clubs wishing to park on the estate could apply for access through normal council channels.

Mr Eddy then asked, if the council polled local opinion and was overwhelmingly against blocking vehicle access to the estate, “will they be listened to?”.

Mr Hogg said a solution should make sense and the council could not go against its own rules.

Cr Walker summed up by asking: “Does it behoove us to find some kind of solution that gives the best result for the group’s desires [local residents]but do not encroach on the rules?

Mr Hogg agreed this was reasonable, saying management plans should also be taken into account.