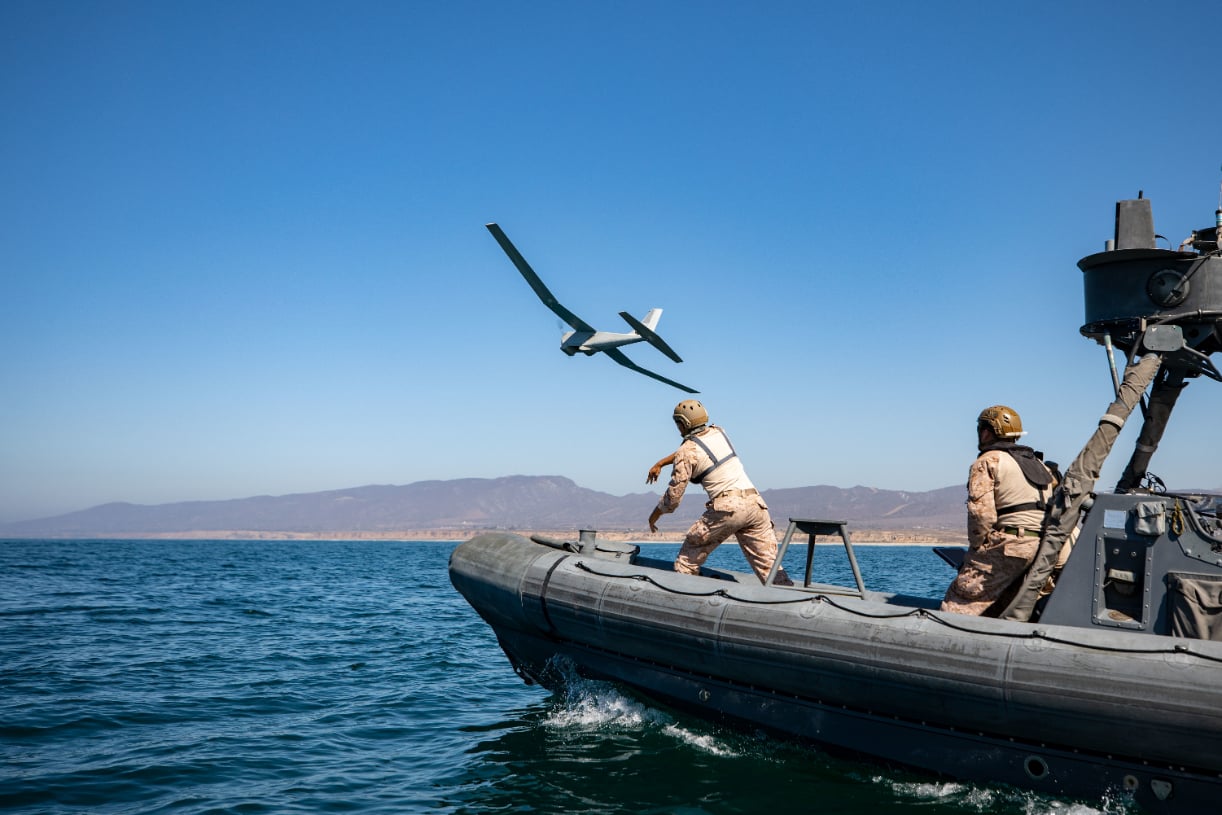 Multi-Domain Connectivity: How the Navy Plans to Integrate Its Systems

A drone sees an enemy submarine miles above the surface of an aircraft carrier strike group and instantly transmits targeting data to an onboard command and control system, giving commanders an immediate strike window across which to attack the submarine. How can all of these seemingly separate entities – a drone, a fighter jet, and an onboard command and control system – coordinate targeting data and attack fast enough to successfully destroy the threat? This type of scenario is exactly what the Navy’s current technology-driven modernization strategy seeks to enable. The Navy’s modernization strategy aims to establish multi-domain connectivity in the air, on the surface of the water, underwater and even on land.

In order to design this seamless inter-force network, the Navy is attempting to develop a common set of technical standards. The Navy wants to design its entire fleet and suite of emerging technologies and platforms with a common hardware and software configuration to enable sustained modernization and multi-domain networking for decades.

The premise is rooted in “open architecture,” a concept that refers to a common system of Internet protocols, gateways, and data transfer standards that, among other things, creates interfaces between platforms and otherwise disparate systems. Operating within a common technical infrastructure, unmanned systems, fighter jets and surface ships could, for example, modernize with compatible data protocols, making information sharing more fluid and immediate.

This development approach, outlined at the Navy League Conference Sea-Air-Space The exhibit by Ryan Moore, Deputy Major Program Director for Integrated Weapon Systems, aims to ensure a gradual modernization trajectory aimed at upgrading and aligning software and hardware development. Moore described this in terms of transition.

“We try to make common hardware and software on the respective platforms. And then, taking advantage of the community, it will allow us to quickly solve any problems that arise because there will be common systems. It will also allow us to develop capabilities that can be developed, integrated and tested. So the ability unravels multiple platforms at any given time,” Moore said.

“So instead of taking many years to develop, integrate, [and] test, we will develop a small test and learn a lot. It’s sort of the ‘build-test-build’ approach,” Moore said.

Kris Osborn is the Defense Editor for the National Interest. Osborn previously served at the Pentagon as a highly trained expert with the Office of the Assistant Secretary of the Army – Acquisition, Logistics and Technology. Osborn also worked as an on-air military anchor and specialist on national television networks. He has appeared as a guest military pundit on Fox News, MSNBC, The Military Channel, and The History Channel. He also holds an MA in Comparative Literature from Columbia University.