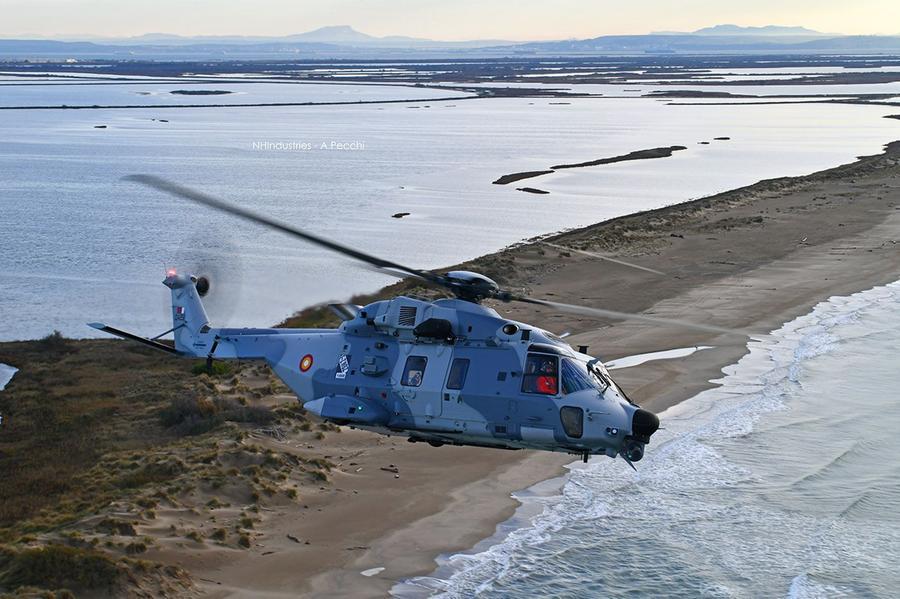 Leonardo already plays a key role in protecting Qatar, with its technologies used in the country for almost 25 years. Leonardo has a substantial presence in Qatar through its representative office and a branch in Doha. Its cross-domain technology solutions support Qatari institutions in the protection of people and homeland, also through the company’s participation in the MBDA, Eurofighter and NHI consortia. Today, Qatar Emiri Air Force pilots fly Leonardo’s M-346 advanced trainers at the International Flight Training School (IFTS), which combines the world-renowned excellence of the Italian Air Force in flight training and Leonardo’s leadership in integrated training solutions.

In the country, Leonardo also has a significant presence in the helicopter sector: the company acts as prime contractor for the 28 NH90 program, with the first helicopter already delivered. In addition, more than 40 helicopters, including the AW139 and AW189, perform offshore transport, utility, surveillance, search and rescue, and emergency medical service missions. Models of the NH90 and AW149 will be on display in Doha, in addition to the AWHero, Leonardo’s unmanned rotary-wing system. The AWHero recently achieved basic military certification, making it a viable system for unmanned surveillance at sea, a hot topic in the Middle East.

Leonardo supplies Qatar with air traffic control radars for the control center and main systems at Doha International Airport. The company also supplies electronic air traffic management equipment and meteorological equipment to the new Hamad International Airport, considered one of the most advanced airports in the world. Meanwhile, Qatar’s airspace is protected with a low-altitude air defense and surveillance system designed by Leonardo, consisting of a network of KRONOS radars and associated command and control centers. Note also Leonardo’s significant contribution to both the airframe and the avionics, including the AESA (Active Electronically Scanned Array) radar for the Eurofighter Typhoon, 24 of which were ordered by Qatar at the end of 2017.

Leonardo is able to provide fully customized C-UAS systems, military qualified but easily and quickly deployable also in civilian contexts. Some of these systems have already been supplied to the Italian and American armed forces and the British Royal Air Force. Driven by Emergence 2

To the requirements of Italian and global customers, the company is now in the final phase of developing a solution based on a new digital approach, relying on an advanced command and control system with the multi-mission tactical radar ( TMMR), a number of sensors, data analytics and artificial intelligence (AI) based technologies.

The maritime domain is a priority for Leonardo, which equips the new ships of the Qatari Navy with its naval capabilities ranging from turnkey combat management systems for all classes of military vessels, to defense systems, and is currently pursuing new opportunities for her Lionfish and Marlin 40 small caliber naval guns. There is also considerable interest in land protection, with Leonardo promoting the Centauro II 8×8 armored vehicle with Hitfact Mk II turret and other state-of-the-art equipment.

In the region, Leonardo also strengthens cybersecurity and physical security by providing state-of-the-art technological solutions to prevent cyberattacks and help security operators better protect data, information and infrastructure. The company’s offering in this sector also includes Cyber ​​Range and Cyber ​​Trainer platforms for testing and immersive training. Based on a digital copy, the digital twin, and on game and simulation models, the platforms are capable of simulating complex scenarios – constantly updated to the latest known threats – of attacking and defending IT infrastructure and OT of institutions, companies and strategic strategies. services.

Leonardo, a global high-tech company, is one of the world’s leading players in aerospace, defense and security and Italy’s leading industrial company. Organized into five business divisions, Leonardo has a significant industrial presence in Italy, the United Kingdom, Poland and the United States, where it also operates through subsidiaries such as Leonardo DRS (defense electronics), and joint- ventures and partnerships: ATR, MBDA, Telespazio, Thales Alenia Space and Avio.

Leonardo is competitive in the most important international markets based on its areas of technological and product leadership (Helicopters, Aircraft, Aerostructures, Electronics, Cybersecurity and Space). Listed on the Milan Stock Exchange (LDO), Leonardo recorded consolidated sales of 13.4 billion euros in 2020 and invested 1.6 billion euros in Research and Development. The company has been part of the Dow Jones Sustainability Indexes (DJSI) since 2010 and was confirmed as a Global Leader in Sustainability in 2021. Leonardo is also included in the MIB ESG Index.