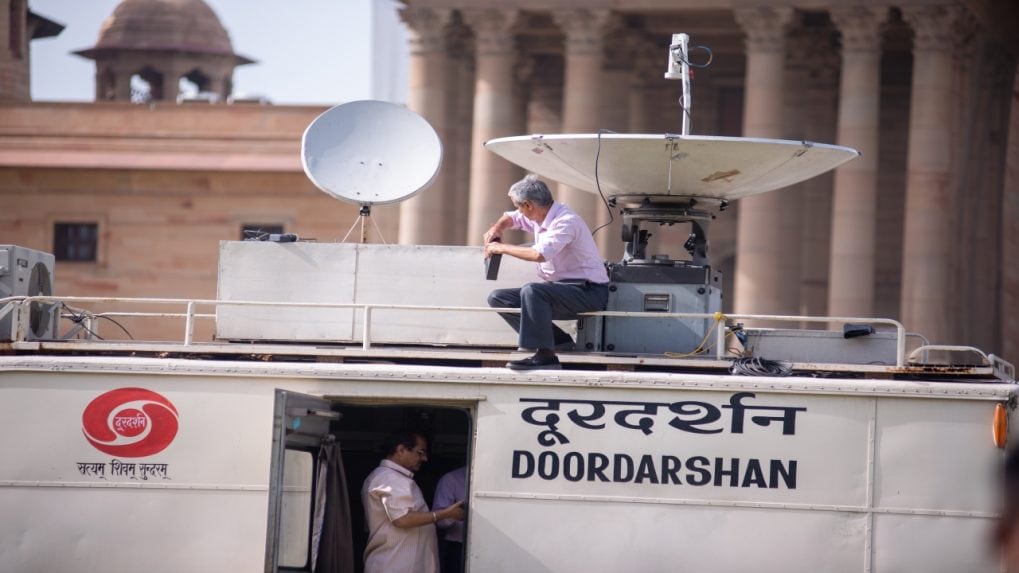 On September 15, 1959, India’s national broadcasting service Doordarshan was launched in Delhi. Doordarshan is an autonomous public service broadcaster founded by the Government of India. Doordarshan is one of India’s largest broadcasting organizations in terms of studio and infrastructure. On the same day in 1860, the great engineer Sir M Visvesvaraya was born. His birthday is celebrated as Engineer’s Day in India. He helped build some of the architectural marvels of the country, including the Krishna Raja Sagar Dam in Karnataka.

1860 | M Visvesvaraya, considered India’s greatest engineer, was born and his birthday is celebrated as Engineers Day in the country. (Image: Wikimedia Commons)

1953 | Vijayalakshmi Pandit has been elected the first woman to serve as president of the eighth session of the United Nations General Assembly.

1997 | Google.com has been registered as a domain name. (Image: Shutterstock)

2004 | Non-resident Indian ‘Bend It Like Beckham’ director Gurinder Chadha has been crowned ‘Woman of the Year’ at the GG2 Leadership and Diversity Awards. (Image: Reuters)

2008 | Investment banking firm, Lehman Brothers, filed for Chapter 11 bankruptcy protection. It was the largest bankruptcy in U.S. history and one of the events factors behind the 2008 financial crisis. (Image: Reuters)