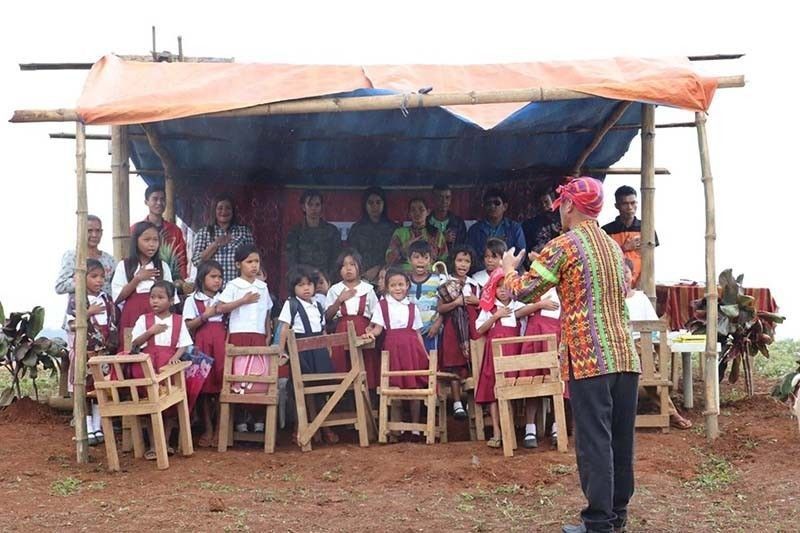 Leaders of Higaonon, Lambangian, Teduray, Blaan, Erumanen ne Menuvu and Menubo Dulangan communities in Bangsamoro Autonomous Region in Muslim Mindanao told reporters in a dialogue on Thursday that they expect the BARMM legislature is focusing its attention on the issue.

Datuwata represents an important intellectual property sector in the province of Maguindanao.

A number of Tedurays were killed in a series of attacks by heavily armed non-Tedurays in at least four southern Upi barangays from 2019 to February last year.

“Their intrusion into our ancestral lands only stopped after the 6th Infantry Division set up detachments in areas susceptible to attack,” Datuwata said.

Romeo Saliga, a member of BARMM’s 80-seat regional parliament, said he was focusing his attention on intellectual property issues and concerns, one of which is the “isolation” of ancestral lands from intruders with vested interests.

Thursday’s dialogue between IP chiefs and journalists was part of the April 19-21 Summit on IP Policy Structures organized by the Council of Non-Moro Indigenous Peoples and assisted by the Institute for autonomy and governance.

Among the topics of the summit are the right to self-determination, autonomy in the use of available resources in their areas, access to free education and government interventions in social protection and health,

Saliga said he was sure the 80-seat BARMM parliament, led by Chief Minister Ahod Ebrahim, would work on pro-IP legislation.