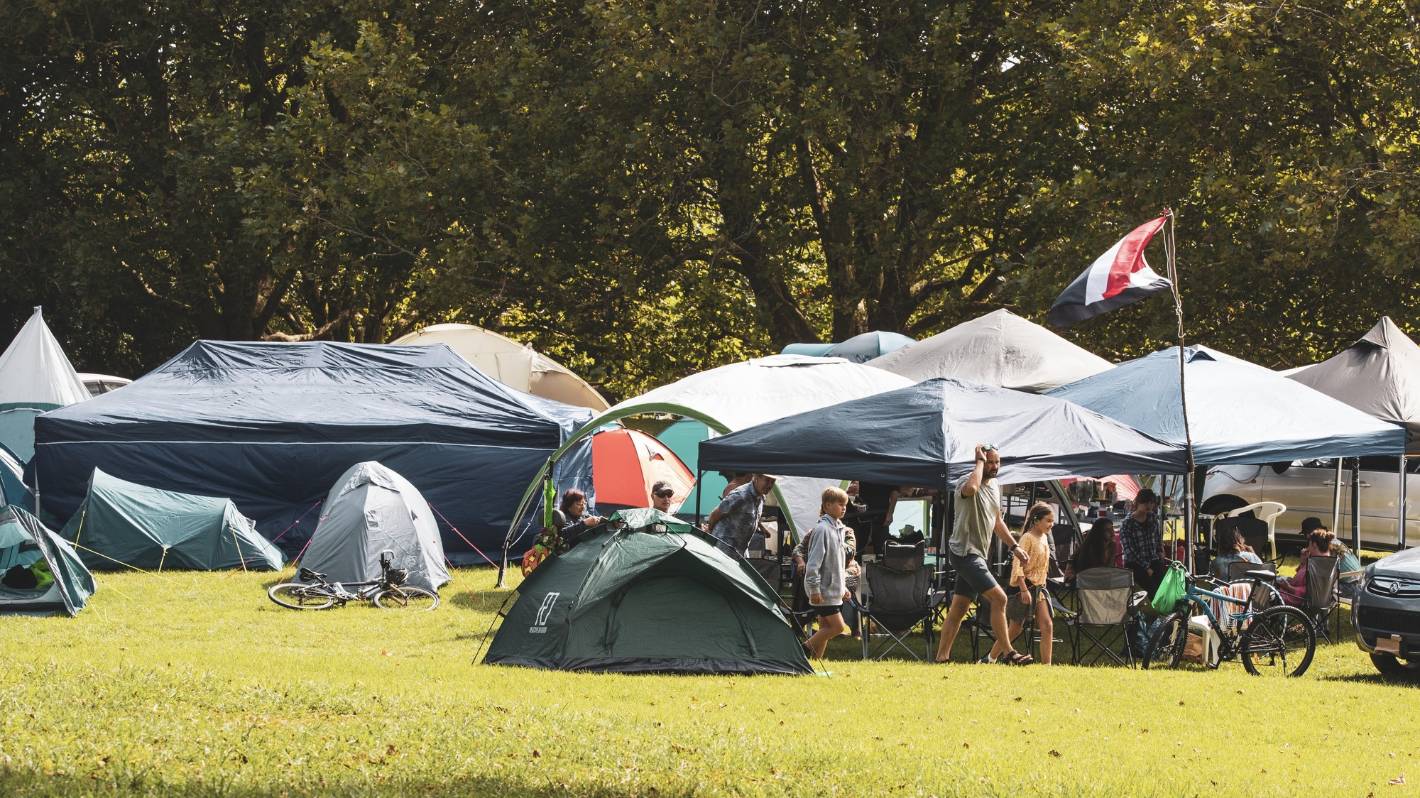 In February, around 130 people pitched tents and camped at the Pukekawa/Auckland Domain, the council said in a report to the Auckland Domain Committee.

The protest was in support of the Anti-Mandate/Anti-Vaccination Occupation which was taking place in Wellington at Parliament around the same time.

However, Auckland Council did not know the full cost of responding to the protest event, Wyss said.

“This is because the response has primarily utilized and reprioritized existing staff time and resources, which are not accounted for on a task-by-task basis.”

On-site businesses such as the Auckland Museum, which was forced to close temporarily, suffered a loss of revenue and clientele as a result of the disruption, the council said.

The anti-warrant protest began on February 26. Council compliance staff, accompanied by police, told attendees they could not camp there, with organizers agreeing to leave that day.

While the majority did, a small number moved to the pā site of Pukekaroa and set up another small camp.

Pukekaroa is the small volcanic hill in the center of the Domain. It has been inhabited and disputed by many different iwi throughout Tāmaki Makaurau’s ancient history.

The hill was particularly important for the Kiingitanga because it commemorated the site where Te Wherowhero once lived and the tribal relationships formed there between the Waikato, Ngāti Whātua and Ngāpuhi tribes, when Auckland was established.

Auckland Council said the occupation of Pukekaroa was “disrespectful and inappropriate”.

At the time, the iwi who claims mana whenua over central Auckland, Ngāti Whātua Ōrākei, said Thing that he did not support the occupation or any demonstrations.

At its height, around 40 tents and gazebos, with around 30 people – including several children – occupied the pā.

The demonstrators were officially informed on February 28 that they were camping illegally and that they, their vehicles and their tents had to leave or risk trespassing.

The next morning, police and council compliance officers served public nuisance and security breach notices on 37 tents and seven vehicles.

A meeting then took place between the kuia who originally invited the protesters to the site of the pā, the directors of Ngā Mātārae and the Council’s Regulatory Services, the Acting Commander of Auckland District Police and his Maori Liaison Officer.

Following this, and a private conversation between the kuia and the protesters, most people and their tents were removed and left the site. Vehicles were also moved from the pā.

“The protesters accepted the action peacefully and dismantled their belongings which they wanted to take with them.”

Wyss said the council’s response to the protest focused on “safeguarding and protecting” public property, ensuring public health and safety, and monitoring and enforcing council bylaws.

“Auckland Council respects the rights to freedom of peaceful assembly, freedom of association and freedom of expression.”

2022-05-17
Previous Post: Hey Crypto Companies: You MUST Use Registry Lock – Domain Name Wire
Next Post: New Owners of .HipHop Revival Domain Devoted to Music and the Eclectic Culture It Represents